I am heartbroken again. Heartbroken to hear that Joshua Beal was killed by white off-duty police officers in Mt. Greenwood on Saturday November 6th. While we won’t know for quite a while the full details of what happened that awful Saturday afternoon, I immediately knew that what has happened all too often across the country would play out with unique ugliness in Mt. Greenwood. What I do know now is that it is time for all of us to face into our divisions and start a new dialogue.

I was born and raised in this neighborhood, and racism was pervasive. The first time I got my heart broken by the adults in my neighborhood, I was 6 years old, and my parents had answered Dr. Martin Luther King, Jr.’s call for Chicago’s southwest side white Catholics to bond with black Catholics who lived east of Ashland avenue. Confusion turned to heartbreak when I began seeing overt racism by neighbors responding to Dr. King’s movement for racial justice in Chicago. Even Fr. Vitha, our pastor, told my parents to “stop upsetting everyone” with their activism, forcing the group, a chapter of Christian Family Movement (CFM), to shift their work out of his parish.

My heartbreak was mixed with terror when my father got arrested as he drove home from Dr. King’s rally at Soldier Field on July 10, 1966. The heartbreak got worse two years later, when seven black students were bused to Mt. Greenwood Elementary School to improve their educational opportunities, and our neighbors protested and jeered at those young students. Shortly after their enrollment, Dr. King was assassinated, and as an 8-year old, I thought the world had gone crazy. I was terrified that good people like my parents and their CFM partners were too few to stop what was happening.

Over the years, when Black people walked through Mt. Greenwood, too many times I would see and hear my white neighbors yell and swear at them to “go back to their own neighborhood.” And too many times I heard adults using racial slurs in casual conversation, putting Black people down with stereotypes and derogatory jokes. My family and friends did our best to contradict this bigotry, calling it out. I moved away after college, yet my parents stayed, and Mt. Greenwood continued to be my second home.

The weekend of Joshua Beal’s death, I was in Memphis at a conference addressing how to do a better job of supporting students, particularly Black and Latino young people who were dropping out at higher rates than their white peers. As I left the conference on Sunday morning to go visit the National Civil Rights Museum located at the site of Dr. Martin Luther King, Jr.’s assassination, I heard that there was a police shooting of a black man in Mt. Greenwood, but didn’t yet know the details.

As I went through the exhibits, I saw pictures and archives of newspaper articles documenting Dr. King’s summer in Chicago in 1966, including the text of his speech from the night my father was arrested, where Dr. King stated, “We have also come here today to remind Chicago of the fierce urgency of now. This is not time to engage in the luxury of cooling off or to take the tranquilizing drug of gradualism. Now is the time to make real the promises of democracy.”

Coming home from Memphis, I watched the videos of Joshua Beal’s death, documenting the chaos, swearing, shooting, crying and screaming. Interspersed were background images, of Baron’s Shoes, where I took my mom recently to get new shoes. And the fire station, with the paramedics who came to our house more than once when my father took ill and had to be taken to Christ Hospital. Christ Hospital, where Joshua Beal was pronounced dead. Video showing large groups of white people, with one placard saying “You’ve ruined your own communities. Don’t ruin ours.”

I’m heartbroken, for Joshua Beal’s life cut down too soon, for his family, for black people who hear racist taunts coming out of Mt. Greenwood residents’ mouths, and for all those who fear even driving through the neighborhood. And my heart is also broken because I know there is so much more to Mt. Greenwood as a community – whether in 1966 or 2016 – than the racism expressed.

Today for Mt. Greenwood, and Chicago, it is again the fierce urgency of now. It is time for a homecoming. When Ireland was voting to legalize gay marriage, Irish residents living abroad started a movement, #hometovote, and helped turn the tide by going back home to take a stand. And I see that homecoming already happening over the last week in Mt. Greenwood, through the work of local residents, business owners, clergy, activists, politicians and police. I will be there to offer my support as well, and am working to organize others to join the conversation and healing.

So, to current and former residents of Mt. Greenwood, let’s continue coming together, keep talking, standing up for love, stopping the heartbreak, and say three important words – Black lives matter. 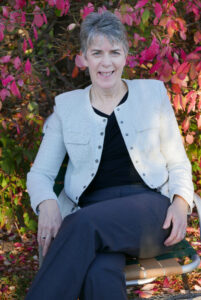 Laura McAlpine (she/her) is the Principal of McAlpine Consulting for Growth, LLC and has over 30 years of management and leadership expertise in non-profit health and social service organizations. Laura mixes her love of information technology and her keen interest in politics with her Twitter feed, where she can be found following the U.S. Senate Appropriations Committee staff, as well as political commentators such as Donna Brazile and Rachel Maddow.

3 thoughts on “I am Heartbroken Again by Mount Greenwood”